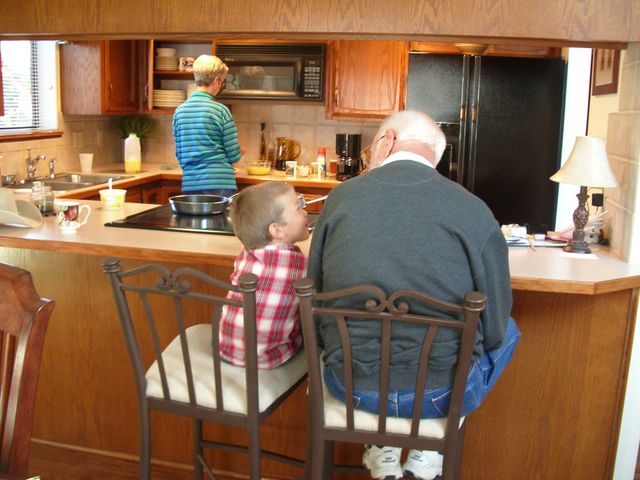 "Sherman made the terrible discovery that men make about their fathers sooner or later. . . that the man before him was not an aging father but a boy, a boy much like himself, a boy who grew up and had a child of his own and, as best he could, out of a sense of duty and, perhaps, love, adopted a role called Being a Father so that his child could have something mythical and infinitely important: a Protector, who would keep a lid on all the chaotic and catastrophic possibilities of life."

Very nice. Steve and Riley are mutually lucky to have each other.

Absolutely precious, Kelli. A moment to be savored for a lifetime.

That one's a heart tugger!

The comments to this entry are closed.